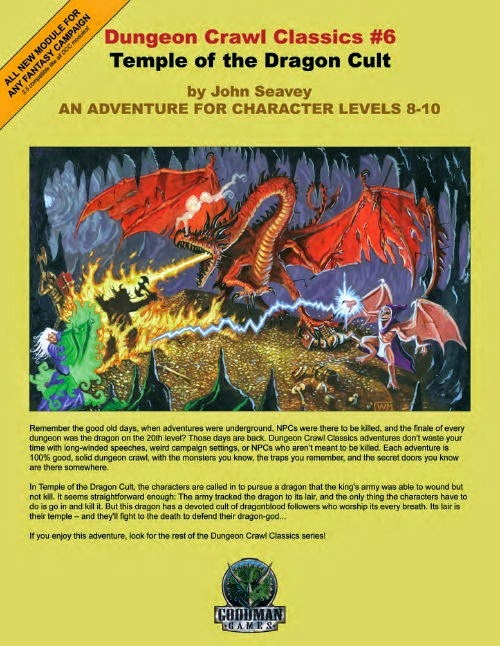 If you are planning on playing in this adventure STOP READING NOW! - You'll shoot your eye out kid.


This adventure is a hammer and a DM can use it to smack around a group of players to his heart's content. It is straightforward but not simple or boring. It manages to be very challenging without being ridiculously lethal. The worst thing about it are the maps.

I will jump to the maps first. The scenario covers the inside of a mountain, once a dwarven settlement, but the maps are just circles and corridors. I would have liked to see some worked passageways and rooms, something with more detail and character. This is just a minor complaint and it does not effect the adventure. But there is more. There is an attempt to add some complexity to the adventure by having multiple connections to the other dungeon floors. This works in well with the scenario, but the maps add a touch of confusion with the branching corridors and small isolated segments on each level.

The plot is reasonable if not inspired. The adventure itself is well balanced. Some areas are easy, others challenging, the final encounter a true challenge. There are traps to find, some story elements to discover, and tricky combat encounters throughout.

The heart of this module are the combat encounters. The nature of the storyline makes that unsurprising. This isn't about a rescue, or a treasure hunt, though treasure can be the main motivation, and it isn't about exploration, or some other worldly evil. The players are going after a dragon in its lair to kill it.

There are a number of traps, but most are so simple, falling into pit traps covered by tarps or illusions, that at most they would slow a party of 8th to 10th level characters down rather than be any kind of threat. That works out fine because this isn't a dungeon crawl it's a combat operation.

Most of the encounters should go the players way without much difficulty. The party should out-number or out-power the first few defenders or even pass them by. There are two places before the final battle that should challenge the party , but any areas bypassed, any combatants not dealt with in a particular area can be used by the DM to act as reinforcements for encounters nearby.

Converting this adventure should be no problem. There are rules for a new spell and new type of monster creation designed for d20 but the concept works fine with the AD&D rule system. Each encounter simply needs to be beefed up or toned down and some of the tactics reworked for AD&D characters.

This adventure can be stretched out simply by adding another level to the map complex or a way for the defenders to be reinforced if the players make multiple forays into the mountain instead of a single drive to the final encounter.

Temple of the Dragon Cult is one of the best and most balanced adventures I've come across in the DCC line. It plays well as written but can easily be expanded or used in a larger campaign.
Posted by Jason Zavoda at 1:05 PM